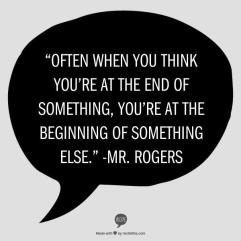 Have you ever made a change that, at first, felt incredibly HUGE– but then, after a bit, you realized it wasn’t that big of a deal? Are we ever afraid of change? (Channeling Pastor Mark there, or maybe Mr. Rodgers.) Change can be especially scary if you’re just a little chicken! Your whole world has been one way for the entire 4 weeks of your life – then BAM! your feeder changes and nothing is the same ever again!!! Or at least it seems that way. This is what has happened to the little Rangers. They were wasting so much food, eating out of the egg crate (that worked quite well when they

were younger) or the other flat feeder we were using. Once they started scratching it everywhere, those were a bust. Sue bought one of the trough feeders, with the holes on the top to keep them from getting in and simply scattering it every where (in the photo, it’s the long red thing they’re checking out). But it’s so scary!!! They’ll figure it out as soon as they get hungry though, and then it will be no big deal. They’ll say, “Why were we so afraid of this?” Then they’ll feel like they can face anything – at least until the next change comes along.

The change can also get old quickly.  The little Specks that we moved into the finch cage to keep them from getting squished by the Rangers have moved up in the world. Well, at least up a cage size. They are still smaller than the Rangers by quite a bit, but growing into their own- therefore, growing out of the finch cage.  Sue moved them into the smaller of the the two dog kennels yesterday – and they LOVED it! It makes for a tight space on the brooder side, but now everyone can get used to each other.  The Specks are on the left in the

kennel, the white chickens are the Delawares are about ready to go in with the Biggies and they have the run of the brooder- and are going outside when the weather permits. Roman and the Ducks have been sharing the large kennel and part of the brooding area- we’ve had to keep the ducks separated from the Delawares because the ducks tend to pick on the chickens, not to mention the mess they make of the food and water. Silly things.  But my point is, that the Specks are going to continue to grow and their new space will become old hat, small, and cramped.  For now, though, they are enjoying being able to stretch their wings and take dust baths!  Sue tried to capture their joy of bathing in this last photo. They are definitely growing, but still in that cute stage. They may graduate to the bottom portion of the brooder once the Delawares join the biggies… that’ll be another big change. When that happens, we’ll be sure to share it with you. Until then, as always~
Thanks for reading!

Today’s Weather: Sure looked like it wanted to rain, and we would have welcomed that… but all it did was blow.  We had huge winds all day.  Cooler today at 72° and the low is supposed to be around 42°. Tomorrow the wind should die down some… we’ll see about that.

Egg Report: Only six eggs.  I don’t think the chickens are especially fond of the wind either (sure makes all the dogs nervous and testy).  The Buff is still sitting on the Easter Eggs we gave her. We’ll see what happens in 21 days!