We haven’t really talked about everyone lately, and we’ve had an addition and some losses to the farm recently. I thought we could do an overall animal roundup today. I also thought it might give me a chance to use this Chicken Scrum photo I’ve been holding on to. This is what it looks like around 2:30 each afternoon when we’re getting ready to pick up eggs – the chickens know that they get a yummy scratch treat and they begin to line up waiting for it at around 2:15… or any time we walk out the door after 12:30!

END_OF_DOCUMENT_TOKEN_TO_BE_REPLACED 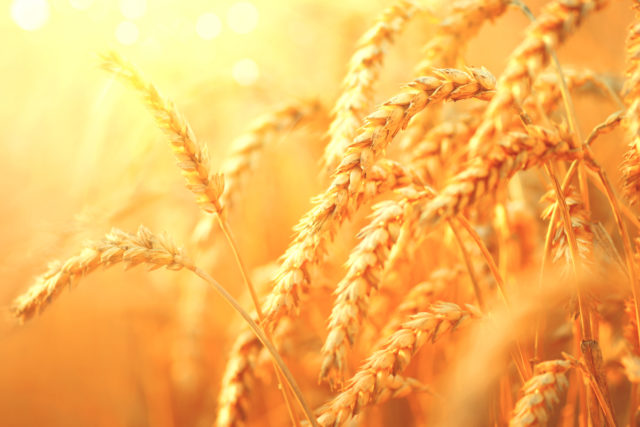 Our weekend projects began on Friday when Sue and Dustin spent all morning processing, then cleaning up the aftermath. Even though it’s a morning job, the day was extremely hot and it always seems to take longer than it does. It’s a very, very long day and Sue was pooped. Thankfully, this is our last batch of the summer. Can you call that a harvest? I’m going to call it that since we are almost into the harvest season. END_OF_DOCUMENT_TOKEN_TO_BE_REPLACED

We do a great deal of tasks, projects, chores, etc. on our own, but sometimes we just need a bit of help. We’re happy to accept help of all types and we’re even more happy when we’re able to help others. Time for some Thank You stories.

Thank you to our neighbors, Lance and Elise, who let us invade their space and pool while they were traveling. It was wonderful to use the pool and pick the vegetables. Really cool. It was great that you asked us. We already need to thank you for so much other help that you’ve given us every since you’ve moved in, and the offers of future assistance, and your general support in so many ways – thank you.

We also thank all of our clients for their continued patronage. You’ve stuck by us through the vagarities of our silly chickens, and when they totally stop laying, you come back to us in the spring. We thank you and we enjoy it when you thank us back! We received this thank you today which made me laugh out loud! This is from Ali, she went out of state for a while to visit family and we kept her husband supplied with eggs. She said that every time she talked to him – he was either eating eggs or hamburger or beans! So happy to have them as part of our Wing Family.

We want to thank our friends who are willing to help out when they can. And then come to help when we change dates on them. Friends like Nicole who, when asked at the last minute to help on processing day, and tried like crazy to find someone who would be able to watch her son so she could. Also family who, when asked, comes up with solutions – Sue’s son, Dustin came up with a processing plan for tomorrow since I’m not at my best for butchering. Thank you all!

We cannot do this work without the support of all of you. We appreciate you so, so much and we want you know this. We have been here four years now and I believe we have accomplished much, have aided those we are able to and have improved the land on which we are living. Sue is feeling a bit discouraged lately, due to some unexpected issues, like – not as much rain during monsoon, way more wind than we ever imagined, some health issues, this year, on my part which kept me from being very helpful this summer (case in point – this processing weekend). But I believe we are making huge strides and, over time, we will continue to do so.

I’ll let you know how things turn out this weekend. Until then, as always~
Thank you for reading.

So, if you are an egg customer you know that I’ve been out to California visiting my family for my dad’s 85th birthday. I need to be clear that I wasn’t really “gone fishin”, but we did visit the bay off of Point Loma, where all the large fishing boats come in and out. It was a gorgeous evening, and the dinner we had was so yummy. I’m back now. The whole visit went well, although it never seems enough time, thanks for asking.

Before I left, I tried- and succeeded – in selling all the eggs. I asked several clients to wait until this week for their normal order and then sold all the rest. This allowed Sue to collect eggs all the while I was away and have enough room to store them without breakage. So, this is what I saw when I came home yesterday; beautiful eggs sorted by their lovely colors.

I think our eggs are just gorgeous! They taste really great too! I’d love to offer you the option of purchasing some of them, but – we’re sold out again! Our client list has gotten really long, and that’s wonderful! Our chickens have just been a bit contrary as of late… and sometimes we’re a bit short. Not to mention those ducks! We only have one customer who purchases duck eggs, so we’re usually able to get him some each week. I have a feeling that we’ll be seeing smaller and smaller numbers as we get closer and closer to winter.

We do not artificially light our coops in the winter because the chickens need to have time to replenish their bodily resources. This is a natural life rhythm for the chickens – we’ll continue to get a few through winter, but at some point, we’ll just not have enough to sell. These are the cycles that we work with and it’s fine with us. Allowing the chickens to rejuvenate over the winter gives them a longer life. We’ll take that.

This weekend we’re planning our last processing day of the summer. 14 chickens more and then no more until next year. We have done well selling all of our chickens too. This year we’ve added another two chicken customers and they’ve been really receptive. We only have two or three remaining for the year. If this sounds like something you’re interested in for next year, please get your order in now. We’ll be ordering this fall I believe.

Not exactly sure what we’ll have to share with you for the rest of the week, but if anything fun or interesting happens you know we will share it with you here. Until then, as always~
Thanks for reading.

We know that farm life is a snapshot of “real life” right. Real life has it’s moments: difficult, wonderful, sad, funny, everything in between. We see all of this, and more, almost every day. Chickens are the silliest little dinos in the world! We get attached, they entertain us, sometimes they get sick, many times we cannot save them. We’ve had a few difficulties lately with a couple of chickens as well as with our little quail, Little Man Tate.

We’ve had a couple sick chickens. The horrible heat that we’ve have just does some of them in. We have a white leghorn in quarantine for a about a month and a half, she had heat stroke one day and I just picked her up to see if we could keep her going. She was doing ok, but this last week we’ve had incredibly high heat. We’ve had to give her frozen water bottles, sometimes two and three times a day, to make sure she didn’t stroke out. She’s hanging on, but it doesn’t really look good.

We also had an Easter-Egger in quarantine for a while, some stomach issues. We lost her this Monday. We’ve only really been able to bring two back to health after they’ve come down with the weird intestinal issues. These losses are never easy.

One of our saddest losses happened very early this morning. Sweetpea heard the coyotes singing and woke Sue to let her out. Sue went out with her, just to keep an eye on those coyotes. As she walked by Little Man Tate’s brooder, she saw what she thought was a large stick inside. We didn’t give him a stick to climb on. So, she looked more closely… it was a gopher snake. She quickly removed it with the trusty snake stick but, sadly, it was too late for Little Man Tate; he had already been a small meal for Mr. Snake. He had gotten in by using a fresh gopher hole that appeared in the middle of the enclosure. Tate had to have been asleep, because there would have been no other way for the snake to catch him.

This is a Gambel’s Quail, just like Little Man Tate.

Unfortunately, this is all life on the farm. Sometimes it’s great, sometimes it’s not that great. I let our friend, George, know what happened. I thought he’d be rather upset, but he just thanked us for trying and said that he probably had a much longer life than he would have left all to his own as a bitty chick. Well – that was nice. We still feel rather bad, though it has shown us that more steps may be taken to secure the brooder before we us it for actually brooding chicks.

That’s it for now, I suppose. I’ll see where else we get to later.
Until then, as always~
Thanks for reading.

Once, a long while ago, my friends John and Bernadette and I were in Louisiana and went to Avery Island (where they make Tobasco) to go onto the wildlife preserve. When you get there, you go to a toll-house to pay your day use fee; they give you a pass and a “caution”. They literally say, “Here’s your pass and here’s your caution.”  The caution says something like, “Alligators are dangerous. Do not picnic along the banks. Do not feed the alligators.” If you ask, they will tell you horrible things that have happened. They serve as cautionary tales for the stupid tourists who are just not wise enough to stay away from wildlife. Well, I may have a couple tales for you – maybe a bit on the cautionary side – maybe just a bit of silliness. END_OF_DOCUMENT_TOKEN_TO_BE_REPLACED

What’s summer without road trips? Well, we mostly know the answer to that question now, don’t we? A summer without road trips is a summer at home. Luckily – there are quite a few acres here for us to roam around on. Sue is really the one that roams around though. We did take a short road trip last Saturday out to Naco and back, with a quick stop at Patagonia Lake, where they simply turned us around because even the day use area was full. I think there is a great deal of cabin fever going on right about now. Let’s talk about some other trips going on. END_OF_DOCUMENT_TOKEN_TO_BE_REPLACED

Well, it has been an eventful few days. sometimes there’s so much that one has difficulty processing. Let’s just talk in little bits today, is that ok with you? END_OF_DOCUMENT_TOKEN_TO_BE_REPLACED

It’s one of those days. What do we talk about today? We did things. We have plans for the weekend. Sue’s been working her butt off. Just like always. Sun comes up beautifully each morning (see photo at left) and sets just a gorgeously in the evening (see final photo). Chickens adventure out and come back to roost in the evening. The Goat Boys play their silly goat boy games. Animal visitors come and go; some have made a home here – not that we really want them. shall we have a little look at what I’m talking about? END_OF_DOCUMENT_TOKEN_TO_BE_REPLACED