It always seems that when I travel, the blog schedule gets messed up; I always have the best of intentions, they just get way laid by schedules that I didn’t create and the fact that I need a public space WiFi, which generally means that I run into people – because, you know, it’s Ramona. So now, we’re back to our normal schedule for a while. More or less.

Today was relatively calm, as far as the wind goes. Sue started the morning mowing down the weeds in the areas that the tractor can’t reach. She ended up mowing a large swath of area between the dinky house and the garage, and on up to the goat boys. Then she tackled the depression, with all those coyote melon bushes. She said it was incredibly smelly and tasted yucky – you know… the dust. The wind had been so bad that everything was drying out so Sue watered everything today as well. It was a busy day just keeping up on the regular every day chores.

When I finally got back from work (long days this week), I took a walk about to see all the chickens. It was a lazy afternoon for the chicks, and ducks, and goose.  They were just lazing around wherever they felt best. It was a snooze fest. The Rangers were hanging out in the coop, the Delawares were hanging out around outside with the ducks and Roman.  The biggies were just sittin’ on the roosts with out a care.  The only really active guys were the Specks.  They always run up to the screen when you walk in. They are getting so pretty, but are still quite dainty.  Just a quite day on the ranch 🙂 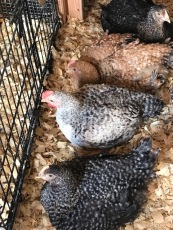 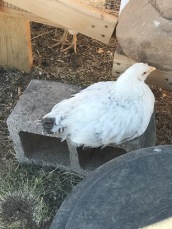 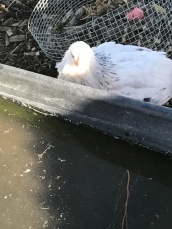 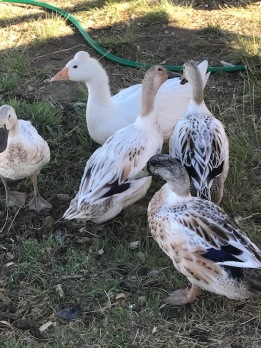 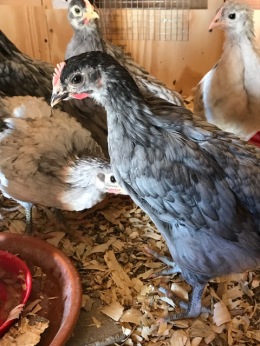 Today’s Weather: Well, we talked about that.  Even though it was definitely calmer, Sue said that there were still some pretty strong twisters that went through the yard a few times.  The high was 77° and the low is supposed to be 47°.

Egg Report: We only had four today.