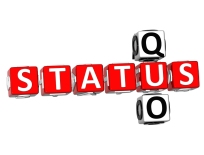 Wednesdays usually mean a short report. So, I’m really just updating the fact that everything is going well here and all the animals are still with us! Not that I really expected anything different, but here we are at the midweek point and I’m very happy to say that we are maintaining the status quo. So, no worries.I think I talked about my goals for Tuesday last time. I am happy to report that, so far, I’ve been able to meet each day’s goal that I give myself. They aren’t huge, but the make me feel like I’ve taking care of something.  You’ll be happy to know that I remembered to put out the trash and Dustin was home and able to bring the trashcan back in because the wind yesterday was horrid. I was so thankful that it died down last night, but today it came right back up, not to the horrible gusts that we were having yesterday, only around 20mph and very calm in between 4-6.  That’s ok.

One of the things I started to do to make the mornings easier, was to prep the chicken veggies days in advance. I had already done Monday and Tuesday, they worked so well that I did four more days last night. I have enough veggies to do two more days, but the weekend should be fine. Here we are, mid prep. Carrots were really cheap this week, so I started grating them to add in the mix. The chickens really like them! Roma’s favorite is still the cabbage – she goes around picking it out of all the piles, she eats the other greens as well and the rolled oats, but I think cabbage is her favorite. The ducks and chickens don’t seem to have an overall favorite, but I’d say the meal-worms are a top attraction. I just chop it up, like Sue

does, 1/2 a bunch of 3 kinds of leafy greens, plus the cabbage, herbs and now carrots, equals one mornings worth of greens. That in turn is added to the cooked rolled oats in the morning. Sue’s started adding dried kelp in there too – kelp helps with over all immunity and general health, depending on which studies you read.  They seem to like it!  And, of course, dried meal worms. The snack favorite. So, now there are four days worth of baggies in the fridge (not the best photo, but you get the idea) that I just have to dump out and mix with the other ingredients in the morning.  Actually, I added the kelp into the bag, but the worms I thought might get mushy; I have no idea if the chickens would care. It’s made the mornings easier for me to handle. Only four more to go, so we should have everything down to a science by the time Sue gets home 🙂 .

I wanted to share a photo of the goat boys with you.  I did remember to take the phone over with me last night. I am so happy and amazed at how much Taco George likes his new friends. He is very protective of them. The other day when Dustin’s dog, Thor, came running over to say hi, Taco George stepped right between the babies and Thor (he was on the outside of the fence and really just being friendly), Taco had his hackles all raised and his head down saying, “State your intentions, boy!”  And he is quite gentle with them, he holds his head down and let’s them try to head butt him, he doesn’t butt back. He let’s them into the feed bowls if they want to share and keeps an eye them while they’re out in the field. He is such a great big-brother. I couldn’t be more pleased. Sue said the other day that we may have extended his life, just because he’s so happy now. She very well could be right!

Ok. That’s the update. Until next time, as always~
Thanks for reading!