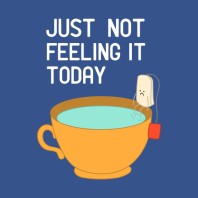 Sue told me the other day that she thought the posts were generally positive – and I’m really glad that they seem to come across that way. Today, however, I’m just not feelin’ it. Although I don’t have any thing “bad” to report, I – personally – just have a general feeling of malaise. You know, it’s Monday and it was the longest, short weekend I’ve had in a while. I’m sure it’s just because I am dealing with some lingering effects of Shingles – and its got me a bit out of sorts. So, while I’m sure this will be a fine post, it probably will not be effusively upbeat. Guess I’m asking for your indulgence, at this point.

Saturday we moved the RCW to a new spot. This time further up the slope. The ladies had never been on this spot before and Sue had recently gone over it with the mower, so it was prime pasture. This time it took us a good deal longer because the ground was hard, hadn’t rained in a while, and we had to pound in every single post, rather than simply pushing them in like last time. We were done in a couple of hours though – and we’re getting really good at hooking the truck up to the trailer. We’re getting our system down. It’s pretty funny to listen to the chickens, they are quite vocal about their late captivity, until the truck starts moving – then they get really quiet, really quickly. They always enjoy their freedom once they are released in their new spot and they get to explore. This time they have a great rock-pile to climb on – yes, chickens enjoy playing “king of the mountain.”  Afterwards, we devoured a buttermilk pancake breakfast! Then, I delivered eggs to Tom, the baker, plus a customer, as well as to Ecoasis. Sue did some weeding around the Gabion walls – the chickens always profit from our weeding 🙂 . The afternoon brought us a great rainstorm. Then it was just chores, as normal.

Today, Monday, we started covering all the black line out in the orchard. We also moved the biggest rocks over to one of the tree wells that’s rather sloped so we could build up the down hill side. We loaded them into the tractor’s bucket and Sue dumped them where ever she wanted them. While she was doing that, I covered the black line that was closest to the tree wells and then she came back in with the tractor and pushed, or pulled, the dirt back into the trenches – covering the line back up with the dirt she had earlier removed. We decided to bury the line between the tree wells for a couple of reasons. One was to give the black line more life; things tend to deteriorate quickly under the constant bombardment of UV rays at this altitude. The other was to help keep the water in the lines from heating up. I do want to set up the timer and have it go off during the zero-dark hours of the morning, but water can get incredibly hot as it sits in hoses during the day – I can only imagine how bad it would be in black line – and we certainly don’t want to cook tree roots if it is accidentally turned on in daylight hours. We got half of the trenches covered today and can probably finish the remainder on Thursday. After we were done with that and I needed to stop to get ready for work, Sue stayed out most of the morning on the tractor. I delivered more eggs on the way to work. Sue then added the mothball water bottles to the chicken shed, as we talked about doing. She also delivered eggs to our neighbor, George, as a small thank you for helping us with the tractor. So, both large and small things getting done – as best as we can.

That’s the update. Tomorrow is another day and we will see what that holds for us. I’ll try to spin it differently by Wednesday. Until then, as always~
Thanks for reading.

Today’s Weather: A bit warmer. Not really cloudy this morning, so it was nicely warm. The high was 93° today. Currently, 7:39 p.m., it is 71° and raining. Looks like we have a chance of rain through 11 p.m. tonight. Our overnight low is predicted at 66°. Tomorrow we are expecting partly cloudy with a high of 89°.

2 thoughts on “not feelin’ it”