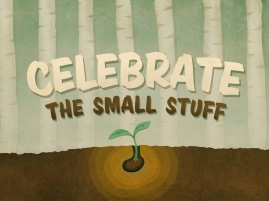 Let’s start with the sad, and work our way up. That way we’ll end on a good note. We did loose two chickens recently. One hen died during the day, and we just don’t know why. She didn’t look sick, had been running around at chore time, but I found her dead under the RCW. There weren’t any obvious signs of attack; neither by predators nor by her sister chickens. She was heavy, so its not like she hadn’t been eating. We just don’t know what happened. We also lost Mr. Rooster – affectionately called Russel Crow. He had been starting to slow down over the past two weeks. Sue noticed Sunday morning that he was not doing well at all, set him apart from the others for a time and he was gone when she returned from church.  It is always difficult to loose them, but it is something that we will deal with all the time.

On a happy note, the plants seem to be dealing with the freezing temperatures pretty well. We only had two or three really bad overnight temps. As I mentioned on Monday, Sue had gone around covering everything she could Sunday night – things did well. She was worried about the garden after looking at it Monday morning, but it seemed to do just fine. I covered a bit more of it Tuesday and am quite pleased with how it fared. Tomorrow I will need to water it in the afternoon, as well as the gabion walls and the pots. The Lemon and Lime trees were covered and made it through as well. We have one huge tomato bush that was finally setting fruit, and I was hoping we wouldn’t see this cold of temperatures until later in December. Oh well. Sue covered that with some towels and the majority of the plant made it. Sue took Bob back to the vet and they were telling her that it’s supposed to snow by Friday… but nothing we’ve seen anywhere shows that as a forecast. Hmmmm.  One of the biggest issues we deal with is frozen water for the animals and frozen pipes. Sue was taking smaller waterers out for everyone to have something until things warmed up. She didn’t have to do that this morning as the low was only 37°. Makes things easier in the morning.

This evening we did add some more plastic covering to the doves’ enclosure to keep them warmer through the winter. We’ll take some of it off again in the spring, but we do leave a lot the covering on to protect them from the winds.

Bob, did see the vet again today; he’s been really chewing his feet badly. We try to keep him from doing too much damage, but sometimes he sneak-chews. The vet says he has an allergy, so now we are in the process of trying to discover what that might be. That poor kid just can’t catch a break.

Sue has been weed-wacking as much and as often as she can, in between all the other chores. We had those couple weeks of rain and sun, so the grass just took off, and now it’s catch up time.

Octave, our newest goose, has been slowly making friends with us. Mostly with Sue. He’d been letting her pet him for a few days and today she told me he ate out of her hand. That is so, so good. You don’t want to be on the outs with the geese! They can really goose you hard.

Sue ordered the wood and hardware to begin the permanent coop run. It’ll be delivered on Friday – they gave her a delivery time of “between 8am and 8pm.” Sure narrows that right down! Crazy. We’ll keep tabs on that one for ya.

I’m trying to think of other small things to celebrate. We don’t really have huge Thanksgiving plans; we will be dining on the Army Post. They have an amazing Thanksgiving Dinner Buffet with Prime Rib, Crab Legs, Roasted Turkey, and Glazed Spiral Ham. – with all the fixin’s of course. $9.10! Can’t beat that. Mom and Dad are planning to travel out for Christmas, so that’ll be fun.

Guess that’s all the small stuff. Small stuff accumulates though and turns into the large stuff at some point! It’s difficult to keep that in mind at times, for us. Good thing time allows you to look back and see how far you’ve come. We’ll keep doing that as long as you’re with us on the adventure! Until Friday then, as always~
Thanks for reading!

Today’s Weather: Still cold, but warming up. The high today was 58°, clouds came over this afternoon and we had a bit of wind, though not much. Currently, at 8:19 p.m., it is 45° with 26% humidity. Overnight low is forecast at 28°, but it was supposed to be colder than that yesterday and we were only at 37°. If the clouds remain through the night then we’ll be even warmer. Sunrise was at 6:47 and sunset at 5:20.