A number of years ago – when I was just a teenager – I really liked this singer who went by the singular name of “Taco”. I liked his voice which hearkened back to another era and he did remakes of older songs I enjoyed in their original versions.  He did a re-imagining of “Singing in the Rain” with a cute introduction that ended “…Typical tropical. I go on vacation and mother nature gives up on me. … Ah-well; I’m singing in the rain.”  That kept going through my head as I flew into San Diego yesterday in the midst of the Pineapple Express weather system. I’m sharing the 80’s video below.

The Pineapple Express is a name the meteorologist have given storms that come up from Hawaii… they make it tot he mainland occasionally in the form of tropical storms ladened with much wished-for rain. The problem comes when it dumps it all at once, like yesterday.  This morning, when dad checked the rain gauge outside, they had received 5″ of rain in 24 hours, relatively unheard of.  A regular hour drive from the airport took us 2 as we followed rush hour traffic through several swollen lakes that were overtaking the roads and rushing streams that had become swollen creeks gurgling under and over highway 67, and one downed telephone line laying across the road. The biggest traffic issues were caused by the rubber-neckers just gawking at what was happening on the sidelines. That large area of green was what I flew through yesterday. I am so thankful I didn’t decide to drive, although, from the time I left the house, to the time we got to my folks yesterday, equaled my normal drive time.

Last night, we didn’t have any land line service because of the rain – the lines to the house are buried under ground along the highway and this loss of service often happens when the rains are torrential. I can usually text from the house, but last night there the signal was inconsistent. Sue shot me a note around 6:30 – or at least that’s when it came through – that the rain had arrived. I told her to be safe and then the service dropped again. Never had another opportunity to use the phone or cell.

The frogs really enjoyed the moisture and I fell asleep to their singing. This morning we could hear the creek running all the way up at my folks’ house – something that has become quite rare.  When I finally caught a cell signal, Sue had texted me that the winds on the farm were consistently 30 mph all night. Yuck! As you know I’ve said before, it is so unnerving. I hope she is able to take a nap later today. I’ll be interested to see how much precipitation we get from the weather system, but we will have to rely on other’s for the measurement; our gauge is on the fritz and I haven’t had time to investigate. It’s 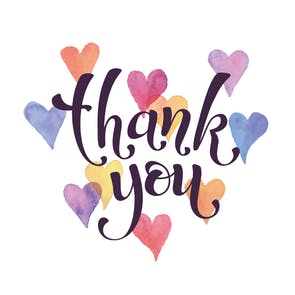 been stuck on 1.14″ for months now. I did change the battery, but it didn’t reset, so something else is up. Anyway… so much for the weather. It’s partially cloudy over San Diego County now and we shouldn’t have anything more than patchy rain until Monday when I fly home. Still ready for Spring’s fairer winds and weather.

Guess that’s it for today. We’ll catch you up with the weather and egg reports Monday evening – if the drive from Tucson gets me home in time. Until then, as always~
Thanks for reading.