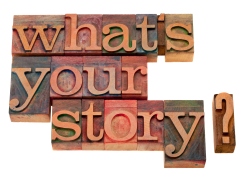 The old cliché is that a “picture is worth a thousand words,” but I am here to tell you that most of our photos are worth, maybe, 50. They are all part of the adventure story though… sometimes the adventures happen so fast that we just aren’t able to capture them… mostly because a) we don’t have a camera/phone with us, b) we can’t get the camera/phone out of the pocket quickly enough, or c) didn’t even occur to us to take a photo. In other words, when we’re able to share photos, you should just consider yourselves lucky! Today, we’re catching up on photos that were taken and never shared… that’s rare. I was going to just post them and have you make up your own stories about them, but then I decided to give a bit of info. These will not be in chronological order. (There might be one photo that could be disturbing, but please know that everything turned out all right – you’ll know it when you see it.) 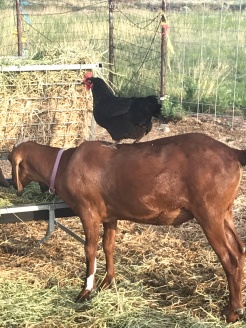 This is truly my favorite photo this past week. Got it Sunday morning and just happened to have my phone – usually I don’t even think to carry my phone in the morning, I’m just amazed I’m up and walking at that time. The chicken just hopped up on top of the goat and the goat barely paused in his breakfasting. She – the chicken – was just making her way to the top of the feeder to lay an egg, I have no idea why this is currently their favorite spot for laying. I was so surprised that this happened before my very eyes, but even more surprised that I got a shot of it! “Town Musicians of Bremen” in the making. 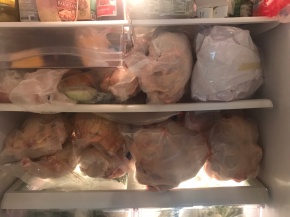 This next photo is the obligatory refrigerator shot after the chicken freezer day. There are 16 chickens in there. If they are wrapped in paper (like the one to the far right in the top half of the photo) that means they are over 6.5 lbs. After the final cleaning and the shrink wrapping, they chill in the fridge for 24 hours before hitting the deep freeze.  This gives time for rigor to pass and that results in a more tender bird. 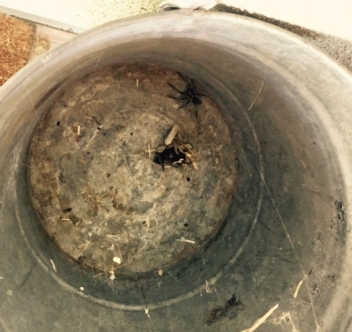 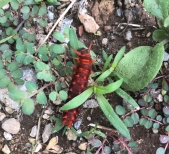 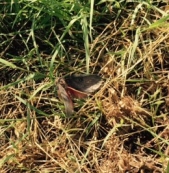 Next, we come to our interesting insect photos. One is looking down into a pail which has a wolf spider contemplating the best way to dispatch of a huge Japanese beetle. Sue took it because she couldn’t believe how large the spider was (she has a thing against spiders), but was also applauding his dispatch of said beetle – the beetles are a pain. Another is just an amazing red caterpillar that I saw outside the shop door one morning – it might be for a pipevine swallowtail, not 100% certain. Finally, this is a photo of a Sphinx moth that Sue found one morning. She said it was as big as her palm! We’ve also seen several Vinegaroons, a couple of scorpions, a conga of large centipedes. No walking sticks as of yet. 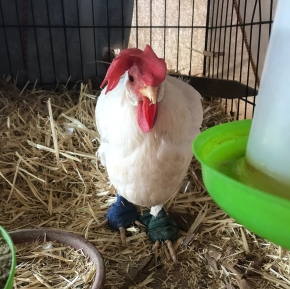 We’re on to another favorite of mine, just snapped today. Here she is! Leggs, in all her glory and sporting her mismatched platform shoes. Awwww. She’s just adorbs. Nothing seems to stop this one. She was a bit sluggish for a couple of days after her ordeal, but yesterday and today, she seems to have perked right up. The blue foot is the one that we’re treating, green foot is the healthy foot just trying to be cool. Leggs is the chickenification of “plucky”. 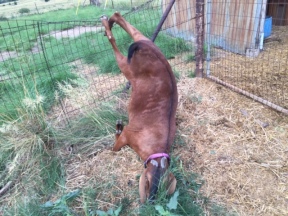 This is the photo for which I earlier gave the caution. There was an incident. This is Scooby – not to bright of a goat – who constantly pushed the envelope of escapism. This time, he got himself caught. Sue was able to get him unstuck and, though shook up quite a bit by his accident, he is doing ok. We think he sprained his hind legs somewhat because they are a bit swollen, but he does move around and get up and down the ramp etc. We’ll be needing to give him a tetanus shot, because of 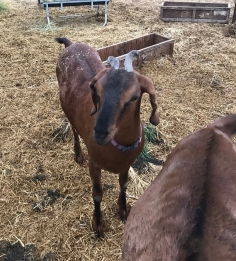 some scratches from the rusty fencing, and might as well do both the Goat Boys at the same time. Picked up some Tetanus vaccine at Tractor Supply today (there’s a bit of shortage at the moment). We’ll have to keep you posted on this one. I’m concerned because Sue said that he wouldn’t come out from under the goats’ sleeping platform this afternoon. I’ll go and check on him, again, in a little bit. Maybe he’ll decide to surface for some sweet feed; it works wonders. (7:33 p.m.) Quick update… just wanted to show you all that he’s doing quite well and has been up and about. Swelling has gone down some and he’s getting up and down, in and out of the goat house very well. His brother is very happy that he’s outside with him this evening. Recovering fine. 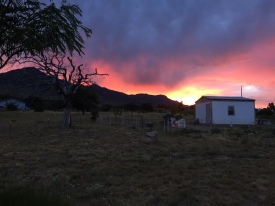 Alright, I’ll just leave you with this sunset shot and call it a night. This is from several weeks ago, before the rains really came and greened up the place. Still a gorgeous one, though. Next scheduled post is Saturday, let’s see if I remember that one! Until then, as always~
Thanks for reading!