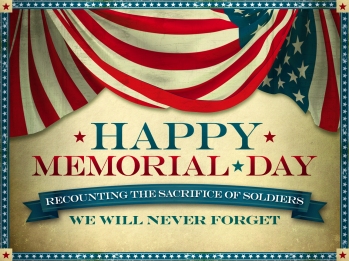 Happy Memorial Day (Side note: actually, that always struck me as an odd saying – remembering those who have given their all for our country, isn’t necessarily a Happy occasion; however, I am grateful for those who have fought to protect our liberty.) Here’s a quick post for a Memorial Day Monday. Writing while eating – so forgive me if there are little food stains on your screen :). We worked outside all day today. Lots to do and a great day in which to do it.  We’re making headway on many projects. Dustin came over to caulk the RCW – our goal is to move it, and chickens, next weekend. We laid out the drip line for the chestnut trees and I also started on the circle garden. The Chestnut orchard took the entire 500 feet of black line, plus maybe 20 feet more of used line. The water does make it all the way to the top of the orchard at a good clip, so we should be fine in that respect. That was the day today, but not really what I wanted to talk about. So let’s go there.

We’re getting some new ducks soon! The should be arriving around the 6th of June – I’ll be in DC when they get here, darn it. I wanted to share a bit about what they are. Sue ordered Silver Appleyard ducks. They are on the Livestock Conservancy “threatened” list, and a priority for re-population. They look a bit like our Welsh Harlequins, but not enough that we would get them confused. Here’s what the Conservancy has to say about their heritage: “This big, colorful duck was developed by Reginald Appleyard at his famous Priory Waterfowl Farm near Bury St. Edmund, England. His goal, as stated in a 1940’s farm brochure, was to make a beautiful breed of duck, with a combination of beauty, size, lots of big white eggs, and a deep long, wide, breast.” (Holderread, 2001). Appleyards were brought to the United States in the 1960’s and became available to the public in 1984. The American Poultry Association accepted the breed for inclusion to the American Standard of Perfection in 2000.”  They are considered to be good layers, for heavyweight ducks, laying 220-265 eggs per year. This is slightly less than the Welsh Harlequin which lay 240-330 per year. The Welsh are also considered to be lightweight, so they would be laying more than a heavyweight. The Appleyards are also supposed to be really nice meat ducks, but I’m hoping that we don’t end up raising any for meat. Somehow, I think they would be more difficult for me to process. That’s the news. We’ll make sure to take lots of photos when they’re little to share with you. So cute! Until then, as always~
Thanks for reading!