It’s Monday – we often use today’s post to talk about what went on over the weekend. Let’s hold to that tradition, today. You know, there just aren’t that many cool graphics out there for “weekend wind-up”, we’ll just see if we can’t remedy that sometime in the near future. On with the post…

Saturday morning was gorgeous! No freezing temps, no wind, lots of sun, happy birds; overall darn nice day. We did the normal chores and had a bite to eat, then headed out to the goat boys to start working on the fencing around their pasture area.  We worked on a portion directly behind their house, because Sue has been watching them test it out. They’ve jumped over the fence in that area a couple of times, but not a lot lately. Given enough testing periods though, they can figure it out. They very intently watched us from a distance, not sure what the heck they were doing. Vicente and his crew came to check us out as well, for a time. They are all just naturally curious. 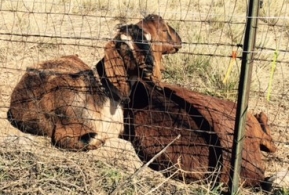 When that small section went up so well, we decided to tackle the longer portion that abuts the BLM (Bureau of Land Management) restricted area. This section gives us our greatest cause for concern, because if the goats were to jump this fence, they would be able to get out on the road and who knows where they would end up, for if they would ever come back. There was a small section where we could tell they were pushing down the fence by standing on it with their front feet. They were with us all the while we were working on this section, jumping around and chasing each other, until – at last – they laid down in the sun together and relaxed. Awwwww – aren’t they cute? By the time we were done, we must have put up 300-400 ft of fencing. 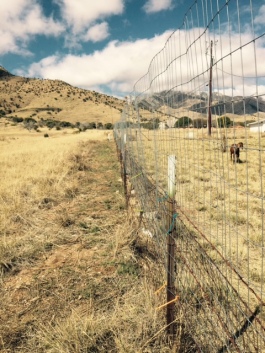 We were pretty much done for the day. It had been a while since I worked around barbed wire, so I had forgotten how grabby it is. We both came away with cuts and scratches and I did a good job of ripping up my clothes! However, we were also able to clear a nice path along the fence line, at least until the next wind moves more tumble weeds our direction, and we did a great job of keeping the new fencing straight and tight. Here’s the finished product, trailing off into the distance. The neat thing about the welded wire fencing we’re using is that, from only a few feet away, you can’t really tell it’s there – so it doesn’t do anything to obscure the view. No neighbors should be calling to complain that it is an eyesore. The goats seemed resigned to the fact that this avenue of escape has been cut off… or maybe they feel more secure. Who knows? We just know we have two more short expanses to cover, but we’ll need to buy at least one more roll of fencing. Maybe next month. Then, Sue’s thinking if we buy one or two rolls a month we can slowly put it up along the property border fence where there’s only 4 barbed wire strands… then the chickens won’t be able to get out either! It could take us a year or more to accomplish that one. 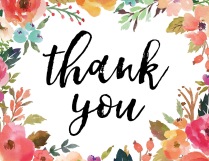 Because we elected to do more fencing than we initially thought we would, we didn’t work on the RCW nesting box. There will always be time for that another day. Spring is nearly upon us, the chickens are laying like gang busters… there’s nothing holding us back! We’ll continue with the news on Wednesday. Until then, as always~
Thanks for reading.