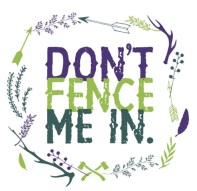 That’s what the goats are singing, but we are – slowly but surely – thwarting their escape plans. I talked a little bit about this already; Sue purchased all the materials and we’ve already laid out the posts etc. Today we made a good start at getting it going.

The posts that Sue purchased are 8 ft tall – she wanted them to go securely into the ground and still have room above the fencing to run some barbed wire at the top. Sue is 5′ 2′, so you can imaging that pounding those fence posts in was going to be difficult. We carted a ladder over there, but neither of us were particularly happy with the idea of Sue getting on the ladder when no one was around. So we decided to put some time in on it this morning before I headed to work. The idea we finally agreed upon was to drive the

truck over and have Sue stand in the bed to pound the posts in (the tail gate doesn’t go down at this point in time, so that’s the best we could do. I held, while she pounded – there were some near misses of hands and heads, Sue almost toppled over once, but hey, the job was completed. In this quite artful photo here – you can see the old fencing – we’re going out about 4 feet from the old and adding the new. They will get a bit more room, but the mail thing is that they wont be able to just stand on the fencing and push it down. We were just utilizing what was already there, but finally had to admit that there was more needed than just continual fixing. Once this front part is complete, we’ll see how long it takes them to find a new spot to tromp over. We already h ad to rescue Scooby who had stuck his head through the wire at the east end of the pasture and couldn’t get back through because of his horns. Dang goats.

That’s what went on today. We might have other news for you by Thursday. Until then, as always~
Thanks for reading!