This weekend, “rescue” was the words of the day. It started out a regular day, with regular items on our to do list… then just kind a took an interesting turn. Looking back on the day, I found that all the big ticket items were along the theme of rescue. Want to see if you can follow my train?

All of the days start out with the same chores. That’s what makes them chores; you do them the same, every day – or on a regular schedule. When I finally figure out the go-pro type camera that Sue gave me for Christmas, I’ll bring you along for the day – for now, just know that the day started out normal. 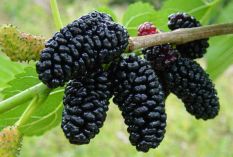 We had decided that, after our breakfast, we were going to “rescue” some Mulberry trees from their confinement to some temporary planters. They had been confined to their planters for two years now and were trying to make their own escape out from the bottom of the planters. They are Asian Black Mulberries – Sue had them sent to mom and mom brought them over at some point. There are four, but their roots had entangled so much we planted them as two. We had to do quite a bit of digging to free their roots from the earth. We’ve planted them along the fence line to the West of the coop. We’ve had rain for a few days now, so I think they’ll be able to settle in and grow nicely. They had just barely began to get their leaf buds out. Can’t wait to see if they prosper and give us these amazing berries. Can you say “mulberry wine”?

While we were in the midst of rescuing the trees (read: digging giant holes to extract roots), we had a visit from our neighbors who were picking up eggs. We were enjoying catching up and discussing all things chicken when Octave, the male goose, lashed out and grabbed hold of our huge while rooster, Olaf. Sue had to intervene to rescue him. He lost some feathers and was bleeding a little. We kept an eye on him as we finished transplanting the trees. He seemed to be doing better, but as we cleaned up, he was beginning to be stalked by the other roosters. I came up from the trash can and Sue had

him in her arms. We traded, I got the rooster, she went in to ready the top brooder for him. He needed to feel safe and just relax to heal. He almost fell asleep on my lap as Sue made up his safety zone (I know, this isn’t the best photo, but have you ever tried to take a selfie with a humongous rooster on your lap?). Sue said he must have felt safe for the first time in days. Poor sweet guy. It’s funny how the biggest roosters are the most gentle. This is the true rescue that gave rise to the theme for today.

Penultimate rescue was of the drip system for the Chestnut orchard. Sue had noticed that the water wasn’t reaching all the way up to the last two rows. I was so afraid we’d end up digging up the line to find a clog or kink. Good news was that the only thing clogged was the little screen at the lower end of the hose… which is supposed to keep particulate matter out of the system. It did its job and ended up completely stopped up. Easy fix.

Final rescue of the day was of one of the actual Chestnut trees. Its support post had broken off in one of the major winds; because the protective tube was attached to the post, everything bent over and ended up on the ground. Even after all this time, I didn’t have the foresight to take a photo of the poor little thing. Luckily, the tree was still very flexible and just bent over. When we took off the post and tube, the little tree just sprang back up. We pounded in a new post, put the tube back on it and it is good to go.  A few changes of little emitters that were clogged with mineral build up, and the orchard was rescued and ready for the days when the rain has stopped.

Here our tale of weekend rescue ends. At least it is a good ending, yes? We’ll catch you up on the state of things later. Oh, and progress is being made in the building of the coop’s covered run. Photos later… ok? Until then, as always~
Thanks for reading!

Egg Report: I know I keep promising an egg report – I will get that to you, but today is not that day.